What is Fish Maw?

What is Fish maw? To start off, fish maw is the dried swim bladders that come from a large fish like a croaker or sturgeon. In Asian culture, it is considered to be one of the top four delicacies of the sea (abalone, sea cucumber, shark fin, and fish maw). In appearance, dried fish maw is light, white in color, and have a spongy texture.

Taste In terms of taste, dried fish maw is tasteless, which make it a good complementary addition to many dishes since it can absorb the flavors of other ingredients it is cooked with.

Preparation Dried fish maw must first be rinsed and then soaked in a large bowl of water to soften the texture before use. There should be enough water to allow room for the fish maw to expand. The period of soaking typically ranges from 6 to 12 hours or until it becomes softened.

Afterward, squeeze out the water from the fish maw to rid it of any smell. Next, the fish maw can be cut into smaller pieces to make it easier for consumption. Now it’s ready to be cooked or added to the soups or dishes of your choices.

After being cooked, the fish maw will have a soft and slippery texture.

Health Benefits Fish maw is a good source of collagen, proteins, and nutrients. Collagen provides a wide variety of skin benefits, such as helping to improve your skin tone, and tissue health.

Furthermore, many Chinese people considered fish maw as a traditional delicacy that represents fortune and health. Therefore, it is popularly served during special occasion such as Chinese New Year, birthdays, and weddings.

Have a taste Try our recommended menu “กระเพาะปลาน้ำแดง Fish Maw in Brown soup” and “กระเพาะปลาผัดแห้ง Fried Fish Maw with Oyster Sauce” at Ruenros Restaurant in Bangkok. 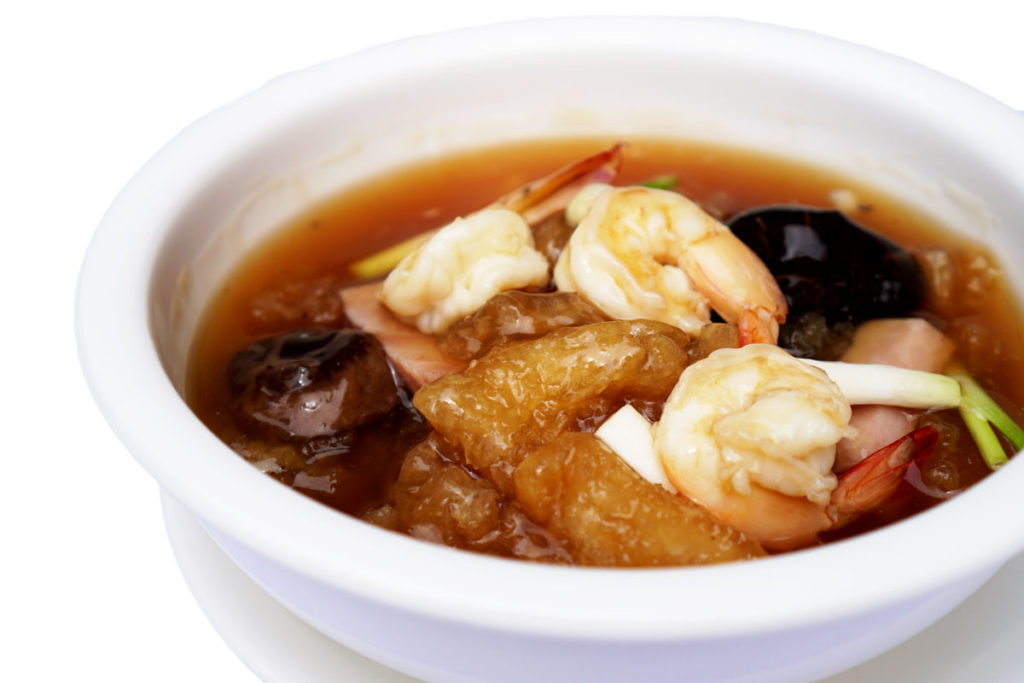 Fish Maw in Brown Soup menu is prepared by boiling fish maw in a large pot of soup for around 12 hours with spring onions, shrimp, and Chinese mushrooms. This long boiling time will allow the fish maw to develop a rich flavor of the soup. You will taste the softness of the fish maw and the delicious aroma of the broth. 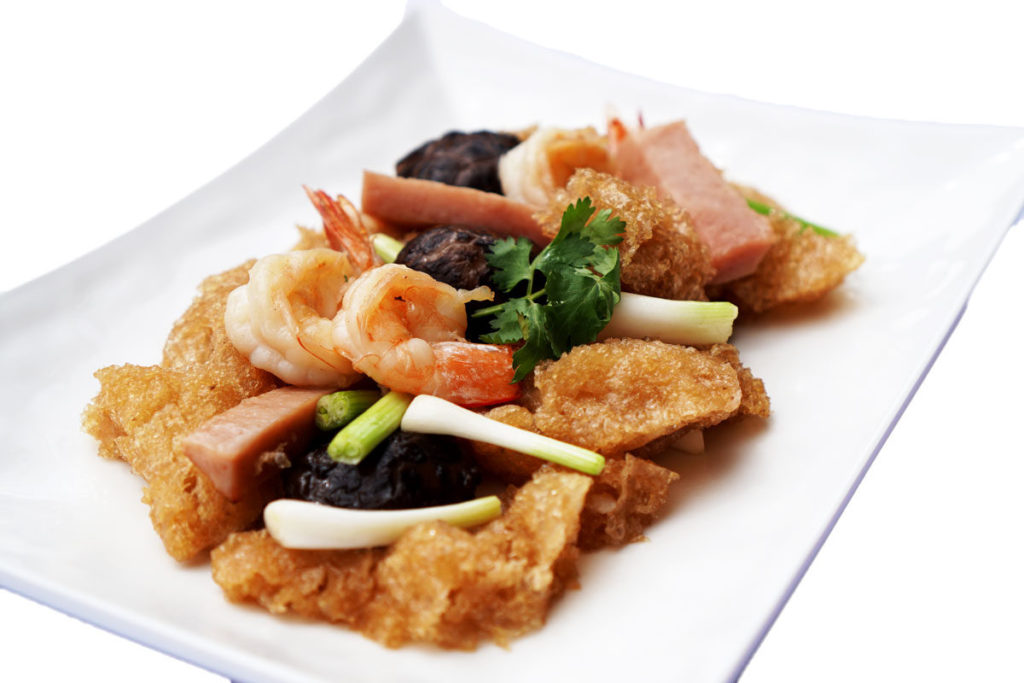 Fried Fish Maw with Oyster Sauce is prepared by stir-frying fish maw with shrimp, mushroom, Chinese ham, and mixed with special sauces from Ruenros Restaurant. When the dish is served, you will enjoy the taste and crispness of the Fish maw.

Newer What is Abalone?
Back to list
Older What is Black Cod?